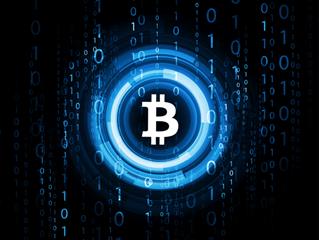 Bitcoin is a new type of currency that was created and released in 2009 by someone using the alias Satoshi Nakamoto. Bitcoin doesn’t require the use of banks, but can be used for transactions with many businesses and websites, including Expedia, Overstock or even to purchase Xbox games.

Bitcoin rapidly gained popularity as an anonymous source of currency, and by 2017, the stock had skyrocketed, pricing bitcoins in the thousands.

The widespread appeal of bitcoin is that international and domestic payments are both cheap and easy because the currency is not regulated or tied to any country. Additionally, they appeal to many small companies because there are no fees, which are often associated with credit cards. Additionally, some people invest in bitcoin hoping that they will gain value.

There are many bitcoin exchanges, which allow people to purchase or sell their bitcoins using different currencies. Examples include Coinbase, Bitstamp and Bitfinex.

Bitcoins are easy to transfer, as people can use mobile apps or even their computers to send them to one another. It’s similar to sending a digital cash payment.

Other groups of people compete to “mine” bitcoins. They do this using computers in an attempt to solve complex math puzzles. Initially, this is how bitcoins were created. Every 10 minutes, a winner is given 12.5 bitcoins.

Bitcoins offer a convenient storage system – a digital wallet. People can choose for this to exist on a computer or in the cloud. It’s a virtual bank that lets people receive or send bitcoins, in addition to using them to pay for services or goods or even save them. However, it is important to note that bitcoins are not FDIC insured.

Bitcoin transactions are recorded in a public log; however, the names of both buyers and sellers are never released. Only the wallet ID is viewable.

While some countries are starting to consider regulating Bitcoin, no one knows what the future holds for this anonymous currency.