Because small towns and communities of rural America offered no easy profits, customers in these areas didn't make the list. Quite simply, towns like Moncks Corner and small communities like Lebanon and Jamestown were left to fend for themselves. 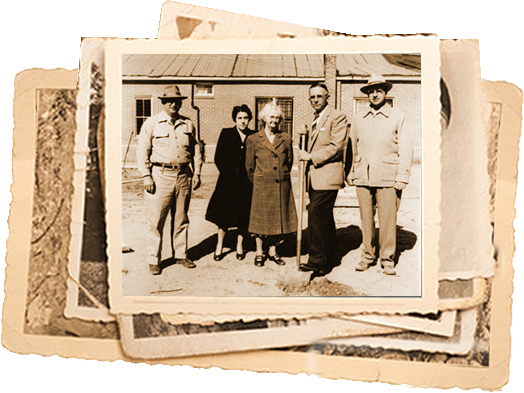 Mr. R. O. Winter and five other Berkeley County investors purchased and installed six telephones in buildings around Moncks Corner. There was no office, maintenance, or long distance service and certainly no money to be made. It was a community service to catalyze the town’s growth and communications. Within six years, however, demand for the “newfangled” telephone was enough to justify an actual business and St. John’s Telephone Company was formed. The operator was none other than R. O. Winter’s wife, Mary Winter, who was paid a whopping $10 per month.

After R. O. Winter’s death in 1916, the company was sold to the local electric company only to be bought back by Mary Winter in 1939. It was at this time that the name changed to Home Telephone Company. Mary Winter reflected years later that this was to be, “the biggest job a little gray-haired widow ever saw.”

Mary Winter sold the company to her daughter and son-in-law, Thelma and S. S. “Shellie” Helmly. The post-war boom drastically increased the demand for telephone service and the Helmly’s brought their sons, Robert and Dozier, into the business to help meet the needs of the ever-increasing Berkeley County population. 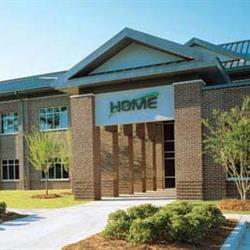 When Robert and Dozier Helmly began managing the company in 1962, they developed a vision for the future that combined the company’s 58-year tradition of community service with a commitment to seek out and implement the very finest technologies available.

The goal was simple and straightforward: To provide Home Telephone customers with service on par with that of global telecommunications companies while carefully maintaining the company’s reputation for local involvement, leadership and service.

William S. Helmly, Robert Helmly’s son, took over as President and COO while Robert continued to operate as CEO and Vice Chair. Over the years, Home Telephone has deployed some of the most advanced technologies available allowing the company to add new services such as Video, Internet, Security and Home Automation. Due to prior regulations, products were marketed under various names. With the company’s advancements in technology, its continuing mission was to maintain the framework of a local, customer-focused company and to maintain a common message. It's one of the first in the nation to begin offering fiber to the home with our purchase of Daniel Island Media.

Announced first gigabit community in the state with our partnership with Nexton. Home Telecom became the first to offer gigabit internet speed in SC.

Berkeley County Mobile Library powered by Home Telecom WiFi became operational. This initiative provided surrounding areas with access to library resources where they previously had none.

In June, Berkeley Community Partners, Berkeley Chamber of Commerce, and Home Telecom announced Berkeley County as a "Certified Connected Community". They were the 8th certified connected community in SC.

Completed the conversion of our Video television system to an all-digital platform and turned off the analog signal to our cable TV system.

From its humble beginnings as a network of six telephones, Home Telecom is a true community enterprise offering world-class telecommunications while hiring, investing and serving locally. With core values focused on community service, Home Telecom exemplifies what it means to be a successful and admirable local business.

Home Telecom and Calix plan to begin testing multi-gigabit internet service in Nexton community by the end of the year.