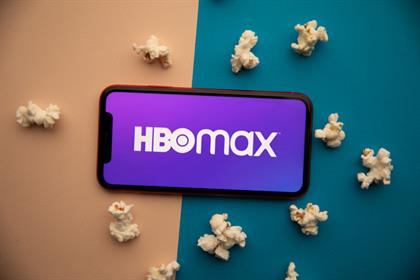 It’s summertime, and there’s nothing quite like kicking back in the evening and binging a fantastic series. We’ve rounded up the best binge-worthy series on HBO Max if you’re looking for something to watch this summer.

What to Binge on HBO Max Now

Do you love Free Solo and enjoy experiencing the thrill of secondhand anxiety? In that case, you’ll love this six-part docuseries that follows surfer Garrett McNamara and his pursuit of surfing a 100-foot tall wave. The series has just been renewed for a second season, so catch up on Season 1.

Calling all Bill Hader fans – your favorite contract killer is back in action. Following a brief hiatus in filming, Barry season three is back with guns blazing. First, you’ll want to binge seasons one and two of this award-winning dark comedy, which earned Hader an Emmy® for his skilled acting.

If you missed Chernobyl a few years ago, you might want to check out this must-watch show, especially with the recent news from Ukraine. Emily Watson, Stellan Skarsgård and Jared Harris all received prestigious Emmy® nominations. This five-part miniseries highlights the events surrounding the 1986 Chernobyl disaster that shook the region and the world. Overall, the series has received substantial praise for accuracy and attention to detail, even though it does take a few creative liberties.

What are you waiting for if you haven’t had a chance to stream Euphoria? The show is undoubtedly for a mature audience only, and parents might consider using this as an opportunity to bridge the gap with their high schoolers and get a glimpse into a somewhat glamorized modern-day teenage life. The show highlights underground raves, sex and drugs. If you haven’t watched season two yet, catch up now in preparation for season three, which HBO has already picked up and confirmed.

Fans of Kaley Cuoco (The Big Bang Theory) will see the actor’s dramatic talent in The Flight Attendant. Loosely based on the best-selling novel, the limited series just dropped season two. Start streaming this creative series today, and you’ll feel like you took a mini-vacation mixed with the unexpected plot of murder and mayhem.

Frayed is a funny yet chaotic series set in the 1980s that features stand-up comedian Sarah Kendall. This British and Australian-style TV show is a mere 12 episodes, making it easy to binge both seasons over a weekend. Season three is expected in late 2023 but has yet to be confirmed.

Rounding out the binge-worthy series on HBO Max this summer is Hacks. Starring Jean Smart and Hannah Einbinder, the series focuses on the dark mentorship between a Las Vegas comic and an outcast 20-something-year-old comedy writer. This clever series receives an astounding 100 percent on Rotten Tomatoes Tomatometer. Catch up on both clever seasons this summer.

Upgrade Now and Watch These Binge-Worthy Series on HBO Max

If you don’t have HBO Max, you can easily add the HBO movie package, including HBO, HBO 2, HBO Family, HBO Signature, HBO Comedy, HBO Zone and HBO Max. In addition, Home Telecom offers the ad-free version of these HBO channels for $14.99 a month, which are easy to add to any of our internet or video plans. So upgrade to HBO Max today and begin streaming these binge-worthy series on HBO Max this summer.